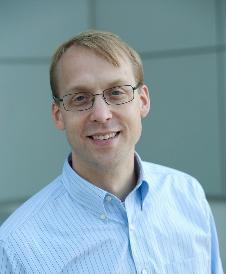 Breaking rules to get new technology to market

Raising money to get a tech start-up off the ground is never an easy proposition. The odds are generally not in your favor and you need a bit of luck. A good rule of thumb is to avoid starting a company when the economy is tanking. If, like Paul Osenar ’92 MSE, you break that rule and decide to start your company in the immediate aftermath of the dot com crash of 2000, you need more than a bit of luck. Companies were going under left and right and venture capitalists were not in the mood to fund untested ideas.

Osenar and his partners managed to keep their start-up alive for more than two years on money borrowed from family, friends, and credit card companies. “We had some really good ideas,” says Osenar, “it just took a little time to convince other people.” Their “really good ideas” were about how to efficiently commercialize emerging fuel cell technologies. “People kept predicting how fuel cells and the hydrogen economy were just around the corner, but they never quite arrived. We realized that nobody doing the research was focused on getting a product to market.”

The company Osenar and his partners founded, Protonex, received an especially well-timed grant from the Army’s Small Business Innovation Research program and used that to concentrate on improving the power-to-weight ratio of fuel cells. “We focused on the stack that holds the membranes together—we saw that there was an opportunity to make one that is injection-molded,” says Osenar. “We came up with a design that was lighter, cheaper, and more robust. The power density went way up.”

Protonex sold their injection-molded stacks to other companies, but quickly realized that Protonex could do a better job at making fuel cell systems than their customers were doing. They expanded their workforce by bringing in electronics experts and turned their attention to creating fully-integrated power systems. “Our original business plan was predicated on the emergence of the hydrogen economy,” says Osenar. “But by 2004 it was clear that the hydrogen economy was still many years away. We took what we were good at and made a 50-watt system with fuel cartridges for the Air Force. It was our first big systems contract.”

But it was not their last. In the ten years since then, Protonex has become a leading producer of advanced power systems. “We are really bullish on this technology,” says Osenar. “The future is coming, and it is coming fast. A lot of companies get good at the technology side of what they do, but not at production. We want to be great at both.” In addition to lightweight, high-performance fuel cell systems for remote power applications in the 100 to 1000-watt range, Protonex is working on auxiliary power units for applications ranging from space to undersea exploration. In addition, Protonex develops and manufactures power management devices for the military that allow dismounted soldiers to go further on their existing batteries and to tie in next-generation devices like fuel cells and solar blankets to provide power.

As an undergraduate at Cornell, Osenar had no idea he would one day be President and CEO of a high tech fuel cell manufacturer, “Professor Emmanuel Giannelis has a lot to do with where I am today,” said Osenar during a recent phone conversation. “He was my advisor and he steered me well. I did research in his lab junior year and I did my thesis with him senior year. He was very influential in my choice of a graduate program.” Osenar also had a Co-op job during his Cornell years. “I was a process engineer and it was very informative to me. I left the experience thinking ‘if I gotta do that every day, I’m going to poke my eyes out’.”

Thankfully for Osenar’s eyeballs, he was admitted to a Ph.D. program in materials science at the University of Illinois Champagne-Urbana. While there he took it upon himself to learn chemistry on the side. “Why do I want to be the guy who stands around waiting for people to make stuff so that I can characterize it?” says Osenar.  His knowledge of both chemistry and materials science led him to a job with Foster-Miller, Inc. in Waltham, MA. While at Foster-Miller, Osenar realized what was holding back the nascent fuel cell industry. “A big issue with Research and Development groups is if you give them money to do research, that is what they do. A lot of these people are out to do the very best science. But often they forget about that next step: making a product.”

Osenar left Foster-Miller in 2000 and started Protonex, with its focus on taking good research and turning it into good products. “Fourteen years into this fuel cell adventure we have a growing agreement that fuel cells are part of the future,” says Osenar. “As a small company we have had to be nimble to figure out how to stay alive until all the stars align. Well, it is happening now.” Osenar is excited about what the future holds for Protonex, but he is also thankful for the education he received at Cornell. He is now a member of the Cornell Materials Science and Engineering Advisory Board. “Cornell does a fantastic job of educating materials scientists in the core knowledge and skills,” says Osenar. “It is great to see firsthand the developing focus on helping these talented students think about the real world and how they can apply what they have learned.”

(To see an example of Protonex's technology, click here.)