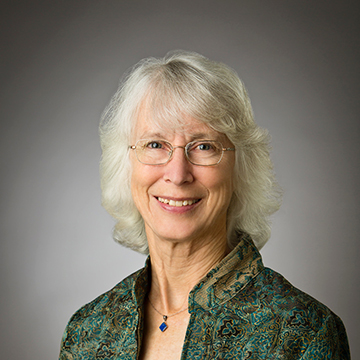 Teresa Jordan completed a B.S. in December 1974 from Rensselaer Polytechnic Institute and a Ph.D. in June 1979 from Stanford University, both in Geology. She joined Cornell in 1979 in a research position, and joined the faculty in 1984. From 2003-2008 she was the Chair of Cornell University's Department of Earth and Atmospheric Sciences. During 2001-2003, she was Associate Dean of Undergraduate Programs in the Engineering College at Cornell. In 2005, Professor Jordan received the Lawrence Sloss award of the Sedimentary Geology division of the Geological Society of America, and in 2008 she was named the J. Preston Levis Professor of Engineering. In 2014 she was name a Fellow of the American Geophysical Union. She is a Fellow of the Geological Society of America and a Corresponding Member of the Asociación Geológica Argentina.

Jordan and her team's research foci are on climate and hydrological history of the Atacama Desert of Chile, and on finding more environmentally benign ways to meet society's needs for energy using subsurface resources. Ongoing projects span from geothermal energy and shale properties in the Appalachian foreland basin, to groundwater resources and tectonic uplift of the northern Chile forearc.

Jordan is engaged with engineering and geoscience students who work to find energy solutions at the intersection of geosciences and engineering.

Further examples of research are: Forearc uplift in Northern Chile; Relationships of primary sedimentary facies to physical and chemical properties of mudstone; assessing groundwater resources in the Atacama Desert of Chile.

Jordan's formal teaching responsibilities at Cornell are in the field of stratigraphy, the history of earth's surface environment, the characteristics of sedimentary rocks, and the geology of energy resources. She has helped develop a graduate level interdisciplinary curriculum focused on technologies to develop new energy sources from Earth's subsurface, which combines engineering and earth sciences.

Jordan's service centers on earth literacy, energy literacy, and sustainability. It is her philosophy that we must develop more sustainable manners of modern human activity, but that this will only be possible if hidden-from-view Earth materials and slow-acting Earth systems are understood in concert with more visible and faster-acting ecological trends, human needs and behavior. She is dedicated to encouraging exchanges of knowledge, perspectives, and goals between the peoples of South America and North America, as illustrated by her service during 2012 as a Fulbright Scholar in Chile. These goals have led her to undertake collaborative research into the potential for New York, Pennsylvania and West Virginia to produce geothermal energy and/or to mitigate carbon dioxide emissions through geological carbon sequestration. It also leads her to collaborate in examination of natural water systems of northern Chile. This philosophy also led her to gain experience with the geology of gas-rich shale, around which there is considerable activity and debate in which natural resource, environmental quality, climate change, and human behavior all merge or collide. Participation in the Atkinson Center for a Sustainable Future and the Energy Institute facilitate investing her geological and paleoclimate knowledge in the search for more sustainable technologies and actions.