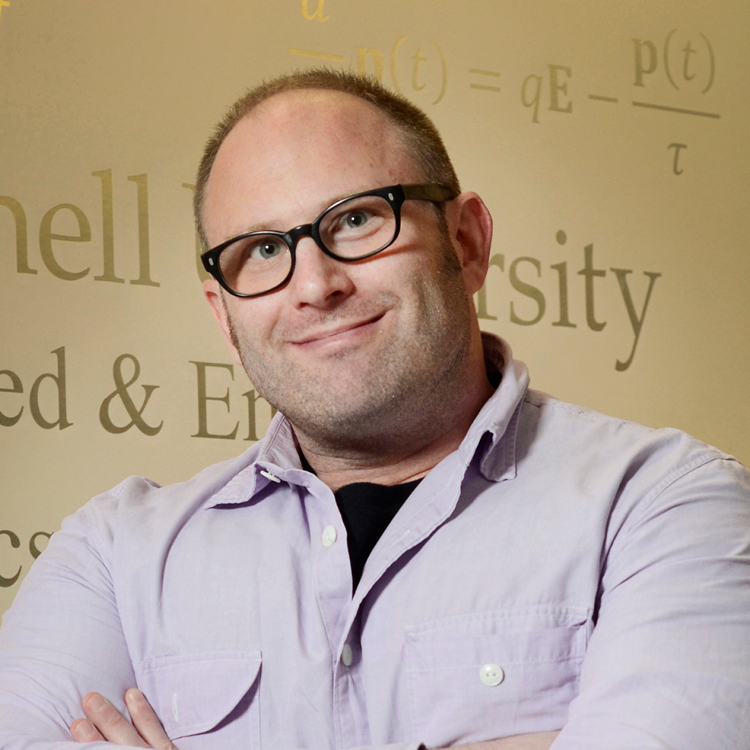 After receiving his doctoral degree in physics from Rutgers-The State University of New Jersey in 2006, Fennie spent two years at The Center for Nanoscale Materials at Argonne Nationial Laboratory as the Nicholas Metropolis Fellow. He joined the Cornell faculty in July of 2008 and works in the broad area of computational/theoretical materials physics including Materials-by-Design. He is the recipient of the 2010 Young Investigator Award from the Army Research Office, the 2011 Faculty Early Career Development (CAREER) award from the National Science Foundation, and the 2012 Presidential Early Career Award for Scientists and Engineers (PECASE), and the 2013 MacArthur Fellowship. In 2015, Fennie was elected a Fellow of American Physical Society.

Our interests lie at the intersection of Condensed matter/materials physics and solid state chemistry and can be broadly characterized as centered on the use of theory to elucidate the fundamental principles that govern the relationship between the structure and the macroscopic behavior of complex bulk, thin film, and heterostructured materials in which lattice, magnetic, orbital, and/or electronic degrees of freedom are active.

In this regard we are particularly interested in understanding how the composition, symmetry, geometry, and topology of crystalline motifs influence the interplay among the active degrees-of-freedom, how this subsequently manifests itself in the macroscopic properties, and if this interplay can be controlled so as to produce "designer" properties and functionalities.

We are fascinated by systems in which understanding the structural complexity is key to explaining their macroscopic properties and in particular by systems under extreme environments where chemical intuition often breaks down. Our modus operandi combines microscopic Hamiltonians/models with fundamental principles of solid-state chemistry and first-principles simulations.

Today, first-principles quantum techniques are powerful tools for analyzing and interpreting the properties of crystalline materials, yet the theoretical design of new materials with targeted properties remains challenging. Why? At a somewhat fundamental level, that the laws governing the physics of materials are in fact relatively simple, it is just that the behavior of the constituents as a whole are complex. Indeed, materials are made up of atoms whose type, number, and arrangement - the crystalline motif - creates distinct properties that emerge through the collective behavior of the seemingly simpler, well-understood parts. The discovery of emergent phenomena in condensed matter systems is therefore intimately linked with that of discovering the crystalline materials that display these phenomena.

This work by its very nature has to cross the border between the traditional disciples of physics and of chemistry, and when successful impacts both fields. As a long-term goal of ours is to develop an ab initio strategy towards materials discovery (sometimes referred to as "materials-by-design"), it is my strong belief that it would be quite difficult to make a meaningful and long-lasting impact without engaging both disciplines with the same drive and focus.