The Story of the Clock

After graduating from Johns Hopkins, my father, Ned Nye, was working for the U.S. Navy on Wake Island, a remote tropical bit of rock that rises above the Pacific Ocean surface just enough to allow for the construction of an airstrip. On December 7th, 1941, Wake was attacked along with Pearl Harbor and several other Pacific targets. He was captured and spent 44 months in Japanese Prisoner of War camps, longer than any other United States’ military forces. During his internment, he and his comrades lived with little or no electricity. Their wristwatches were confiscated. With clear dark skies, and no clocks to watch, my father, already of a scientific mind, became fascinated with astronomy and especially sundials. He used his makeshift sundials to determine the latitude of their various camps and to reckon the passage of time.

Jacqueline Jenkins, my mother, graduated from Goucher College in the spring of 1942. Because she had proven her skills in math and science, she, along with a few of her classmates, was recruited by the U.S. Navy to work on the notorious Nazi Enigma code. I spoke with several of her colleagues over the years. They each conducted themselves well as officers, not discussing their wartime activities until they were declassified in 1992, fifty years after being sworn to secrecy.

My parents had been college sweethearts; they married in December of 1945 and went about the business of raising a family. They imbued in my sister, brother, and me an appreciation of science. Being after all, a man of letters, my father researched and wrote a book entitled Sundials of Maryland and Virginia. He was honored with a lifetime membership in the North American Sundial Society. Perhaps not surprisingly, I grew up with a fundamental love of astronomy and an appreciation for the mathematic, scientific, and aesthetic elegance of sundials. Thanks to the teachings, traditions, and sacrifices of my family, I was able to attend Cornell, graduating in 1977. 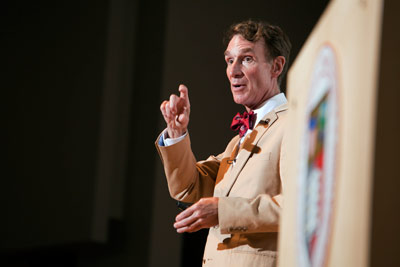 Over the next few years, I was asked to speak at Cornell on a few occasions. Eventually, I had the great honor of serving as a Frank H.T. Rhodes Class of 1956 Professor. During those five years, I passed by and through Rhodes Hall often. From time to time, it struck me that Rhodes Hall needed a clock in the circle above the main entrance.

Today, thanks to the history described here, Rhodes Hall has its Solar Noon Clock.