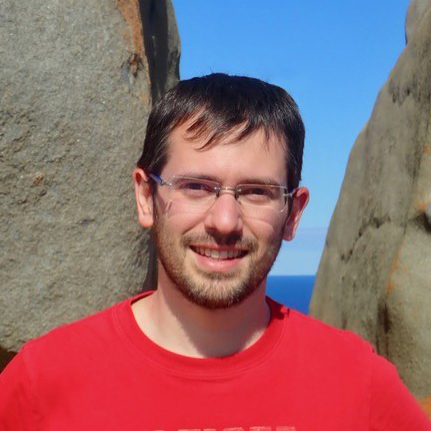 Andrea Giometto completed his Ph. D. in Civil and Environmental Engineering at the École Polytechnique Fédérale de Lausanne (EPFL) in 2015. He received the Earth’s Science Award from the EPFL School of Architecture, Civil and Environmental Engineering for his doctoral work on the role that stochastic fluctuations play in shaping ecological patterns and processes. Since 2015, Andrea has been a Postdoctoral Fellow in the Department of Physics and in the Department of Molecular and Cellular Biology at Harvard University, where he used genetic engineering techniques to investigate experimentally the spatiotemporal dynamics of microbial populations. His research at Harvard was supported by Postdoctoral Fellowships from the Swiss National Science Foundation. He joined the faculty of the School of Civil and Environmental Engineering at Cornell in the Summer 2020.

Andrea received his master’s degree in Theoretical Physics and his undergraduate degree in Physics both from Padua University. He has been a visiting scientist at Imperial College London, where he developed his master’s thesis in the Centre for Complexity Science, and at Eawag, the Swiss Federal Institute of Aquatic Science and Technology, where he conducted part of his doctoral work.

The main focus of Andrea's research is the spatial growth of microbial communities. Andrea seeks to understand how ecological and evolutionary processes play out in spatially extended populations. Andrea uses a combination of statistical and nonlinear physics methods, experiments with microbes, and genetic engineering to investigate the spatiotemporal dynamics of biological invasions, how biological interactions such as cooperation and conflict affect ecological and evolutionary processes in spatially extended landscapes, how competition for resources affects the coexistence of multiple species in microbial communities, and how scaling patterns characterizing the distribution of species, their abundances, and body sizes emerge in natural ecosystems.